Mineral Leaching: How To Replenish Your Soil

We have all studied the water cycle at some point in school and learned how the Earth recirculates water in a vapor, liquid, and solid state. But did you know the Earth has a mineral cycle as well, and the minerals that support life are always on the move? Let’s learn a little more about how these minerals move away from your soil, why they are important, and how to replenish them. 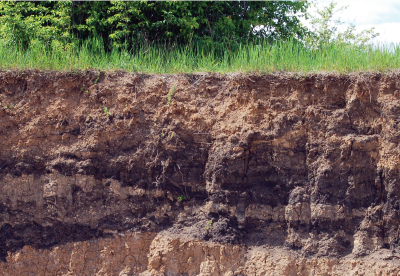 The mineral cycle is a bio-geo-chemical process that is constantly happening all around and inside us as minerals move through soil, organisms, air, and water. This cycle is at work in large scale geological events and all the way down to the cellular level. Because it affects all living and nonliving things on Earth, the mineral cycle can be quite complex and intricate. Today however, we are going to take a look at a specific slice of that cycle, the movement of minerals in your soil.

There are many different forces continuously removing minerals from our soil: 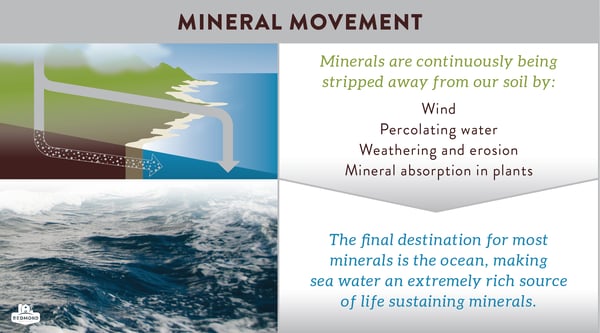 As these minerals move down and away from our soil, they travel both on the surface and through subterranean groundwater storage where their eventual destination is our oceans. As a result, seawater is an extremely rich mineral source that enriches all life within.

While all of these forces strip minerals away from our soil, there are a few natural forces that can help them return.

As you can see, Mother Nature’s methods of returning minerals to enrich our soil are extremely slow, and sometimes very destructive! This is why most farmers give nature a hand, and replenish those lost minerals themselves.

Most fertilizers focus too heavily on replenishing just 3 macrominerals: nitrogen (N), phosphorus (P), and potassium (K). Unfortunately, not enough fertilizers include essential trace microminerals. According to the Food and Agriculture Organization (FAO) of the United Nations,

“2-6 times more main nutrients are still removed annually from the soil than are applied to it as mineral fertilizers...Trace elements are not regularly applied to soil by the use of the common fertilizers. Their removal from the soil has been going on for centuries without any systematic replacement. Trace element deficiency cases were first reported at the end of the 19th century and today it is known that extensive areas of our soils are incapable of supplying plants with sufficient amounts of micronutrients.”

In short, the practice of focusing on N-P-K fertilizers is exhausting our soil’s supply of trace elements. But why are these trace minerals so important?

The terms “macro” and “micro” are not a measurement of these minerals importance:

Even though living things require smaller amounts of trace minerals than N-P-K, they are just as essential as primary or macrominerals. According to the National Institute of Health, trace mineral deficiencies can cause a wide range of degenerative and hereditary diseases.

Trace minerals are bio-active. This means they are not organic themselves, but they trigger biological activity in living organisms. Microbes, plants, and animals need certain biological processes to sustain life. Trace minerals both trigger and support these processes such as:

Click here to learn more about each minerals’ role in these biological functions.

For the most part, our bodies are incapable of creating these trace minerals themselves, which means we have to get them from somewhere. 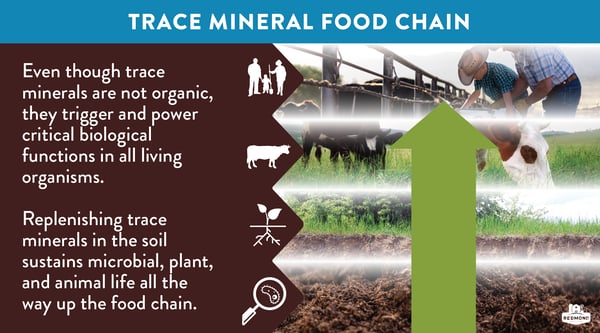 Here at Redmond, we know that looking beyond N-P-K and nourishing your soil with trace minerals, has far reaching health benefits for your plants, your animals, and yourself.

Redmond’s products are all harvested from a rich ancient sea salt deposit with a protective layer of nourishing volcanic ash. The Earth has spent 200 million years developing Redmond’s soil conditioners with over 60 naturally occurring minerals that have been perfectly proportioned by nature. 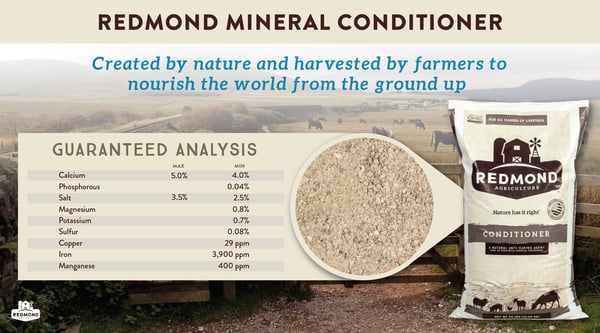 Click here to learn more about supplementing your soil with Redmond. Here is what one of our customers discovered when they applied our minerals to their pasture:

“We grass finish cattle in New Mexico. We had to move some 1200 lb. steers from the normal winter annual finishing pastures (cereal rye) to a meadow brome field because of early spring heat. These steers were already fairly fat and though the meadow brome looked good, they stopped gaining. We decided to put the sea minerals to the test. We pumped 3 lbs. Per acre of Redmond Sea Minerals through the pivot with around 6-10 inches of water per acre. The brome had been well watered but the Brix reading had been around 11. 2 days after the sea mineral treatment, the Brix reading was 20. The first week those steer gained in excess of 4.5 lbs./day...If a guy has a pivot and an injector on it, it is a no-brainer to do this. The cost is nothing and the benefit is major.” -Michael Davis (New Mexico)

Our company was started by farmers over 50 years ago in Central Utah, and we still use Redmond products on our farms today. We are honored to be able to share our products with you!